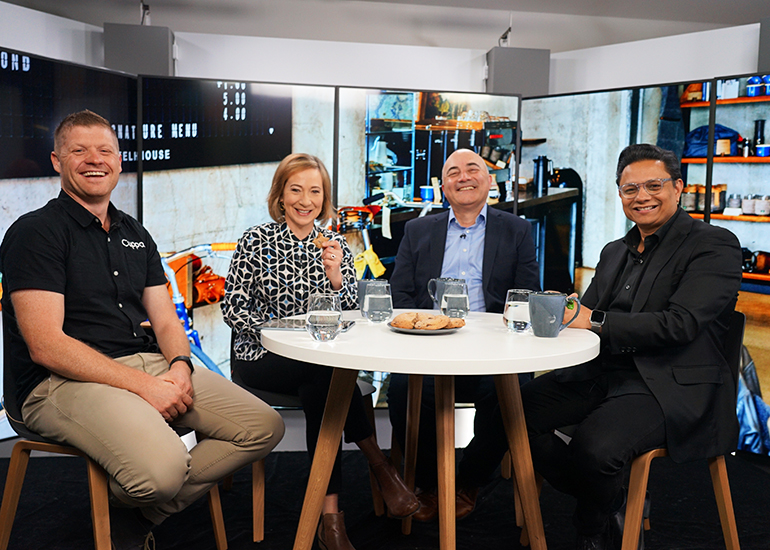 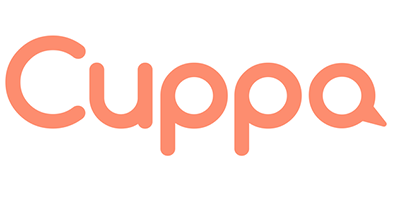 Cuppa.tv, the online streaming platform that aims to improve wellbeing, performance and belonging for teams, asked three thought leaders to share how we can improve conversations in the workplace. This is an abridged excerpt from the discussion, which you can read in full in Cuppa.tv’s free eBook, 10 Conversations To Elevate The Way You and Your Team Work.

Collectively, our conversational muscle is weakening, and with the many issues we face around hybrid working, mental health, loneliness, equality and change, this is the time to understand that conversations matter.

To find out how leaders and teams can communicate more meaningfully, Cuppa.tv founder and host Luke ‘Cookie’ Cook spoke with:

How do you start to build a culture of conversations?

The primary focus of an organisation is to have a strong conversational muscle which improves everything including the culture, idea generation, and problem-solving.

Kamal believes the way to create a culture of conversation begins by making employees feel safe to speak openly about how they are feeling. Oscar’s experience working with organisations has taught him that the responsibility of a conversation does not fall to the boss – anyone can have influence in what they say over others and therefore anyone can be a leader in a conversation.

Is technology impacting our ability to connect meaningfully?

Not necessarily. Kamal points out that the deeper issue is how we use technology and explains that while we crave deep nourishing connection, we in fact choose interconnection by swiping left, scrolling, watching comments and ultimately becoming dopamine addicts.

“Stop blaming technology… Technology is neutral,” Oscar says. “It’s the human response to technology and how we interact with it. Don’t give your power up to the tech – choose to use technology, and don’t let it use you.” 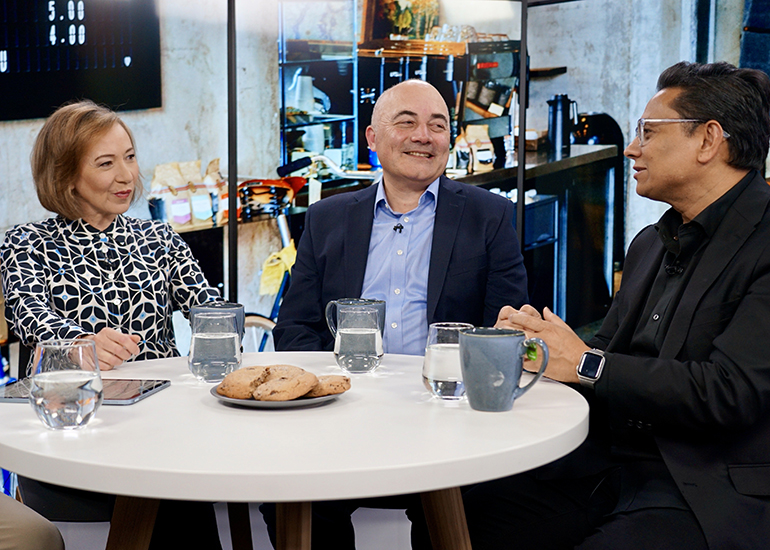 While there are many platforms and forums for communicating, Oscar says we should take the time to ask others how and when they prefer to communicate.

Jane also strengthens the idea that the manner in which we engage plays an important part in being able to have the flexibility to speak face-to-face over coffee, on the phone, or with a Zoom call. Jane’s insight comes back to a focus on the content of the conversations rather than the medium with her experience with others, which is that people are “feeling really withheld and stuffed down… there’s this fear to speak up for ourselves.”

What is one thing missing in conversations?

It echoes Jane’s experience as an interviewer and being open to surprises in others, offering up surprising tangents in conversations.

With Oscar’s experience in deep listening, one thing he believes conversations could benefit from is what he aptly shares is an understanding that what others say at first isn’t always what they truly mean.

“You often have a conversation with somebody and they’ll say something, and then if you pause or let them continue, they’ll say the magic words: ‘Actually, now that I think about it a little longer,” he says.

Oscar expands his view by pointing out that, “the thinking speed of a human is 900 words per minute, while the speaking speed is about 125 to 150. So you can’t get out of your mouth everything you’re thinking.”

“Just wait … and you’re probably going to get to the part of the conversation that means something to them, that they’re thinking deeply about. Sometimes that’s as simple as a pause or often it’s a clarifying question.” 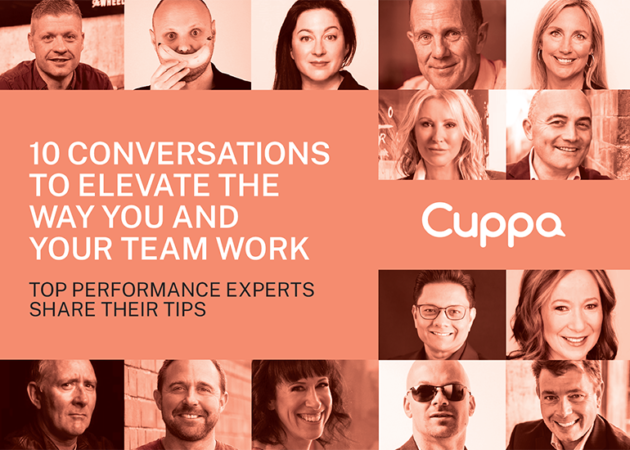 DOWNLOAD NOW: 10 Conversations To Elevate The Way You and Your Team Work

How do you encourage a culture of feedback in an organisation?

Giving feedback is undoubtedly a tough conversation to navigate for both parties. A great way to think about this is to consider what Oscar passionately describes as ‘feed forward’ rather than feedback.

“Feedback is about as useful as a brake on a car,” says Oscar. “We want to talk about going forward. And the difference between the two is: Feedback usually is telling someone what they did wrong and how to fix it. Whereas feed forward is: If we did that all over again for the next time… how would you approach it differently? Feedback shuts down possibilities and feed forward opens up possibilities.”

On a practical level, it may be as simple as ending a meeting by asking how it can be improved next time.

“It’s very neutral. It’s not about the person, it’s about the process and… psychologically much safer and looking forward,” he adds.

Jane points out that in the theatre, actors and production teams are accustomed to giving each other notes. “It’s an observation on what has happened and it’s maybe how we can do that differently, but I love the non-judgmental nature of that term ‘notes’ rather than using the term ‘feedback’ to clients,” says Jane. “I always do it by asking questions, not saying, ‘That didn’t work, why not?’ but I would say, ‘What did you think of that section there? How did that go for you?’”

One of the most powerful things that we want is to belong and to feel appreciated and while having a feed forward culture is the utopia of any working group, Kamal shares that his experiences have shown that “one of the things we’ve found in cross-cultural work… is that you can’t have a feed forward culture until you have an appreciation culture.”

“The reason why people leave an organisation is that they don’t feel appreciated or valued. What we found is that 80 per cent of leaders think they give you appreciation. Only 25 per cent of people say they’re getting appreciation…we have love languages, but I think we also have appreciation languages.”

WATCH: Join Cuppa.TV for a free 14 day trial now and watch this conversation in full. 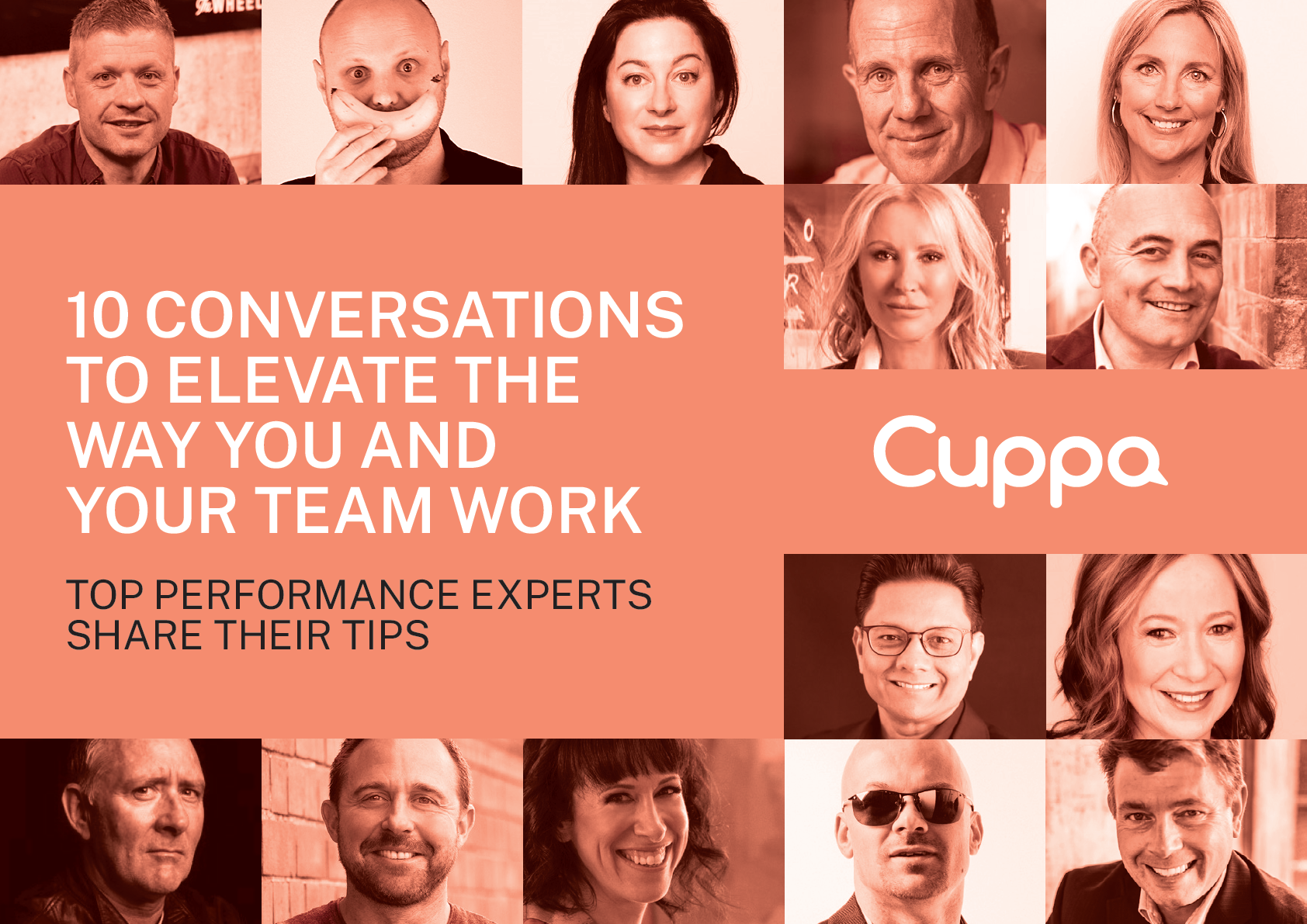 DOWNLOAD NOW: 10 Conversations To Elevate The Way You and Your Team Work

To find out how employees and leaders can turn difficult conversations into productive breakthroughs, download Cuppa.tv’s free eBook, 10 Conversations To Elevate The Way You and Your Team Work here.

To explore Cuppa.tv’s conversations, experiences and masterclasses for your teams, visit cuppa.tv or email enquiry@cuppa.tv.

This article is brought to you by Kochie’s Business Builders in partnership with Cuppa.tv.

Previous article Instagram hacking is on the rise: How to protect your business accounts and respond if you’ve been hacked
Next article 11 top tips to get more followers on TikTok – without bots!
Via Experts
Tags