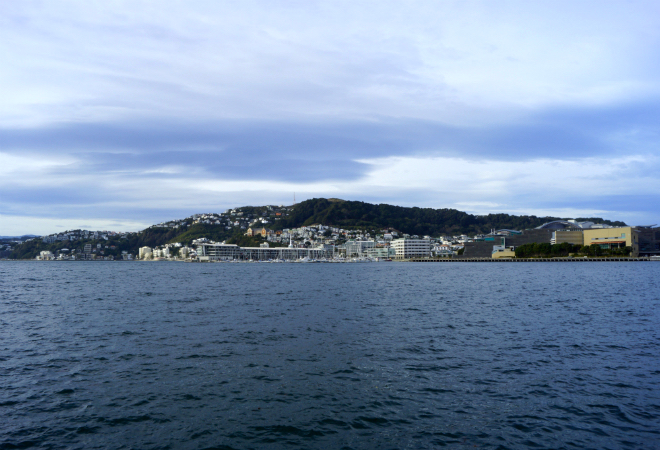 There’s nothing New Zealand likes more than showing the world how well they punch above their weight in just about everything and their humble superiority is set to swell as they are setting an impressive pace in creative business, innovation and entrepreneurship.

To confirm such brilliance, Kochie’s Business Builders ventured across the ditch to our neighbouring nation and spent a few days checking out the people that are cutting a wide swathe in the nation’s capital – Wellington.

A diverse city, with around a third of it’s residents born overseas, it is characterised by a vibrant mix of cultures and languages. With a highly educated and skilled workforce, the city has a resilient economy and it’s internationally recognised as one of the most liveable cities in the world, ranking 12th on the 2016 Mercer Quality of Living Index.

We were quickly charmed by this compact doll-sized city where the soft light dances on the beautiful harbour, illuminates the numerous green spaces and parks, and casts elongated shadows on the glass office building and iconic Te Papa museum.

Under half a million people live in the Wellington region and approximately 200,000 reside in Wellington City, making it feel a little more like a country town than a big city. But this tenuity has played to their advantage, spurring great collaboration amongst the small businesses, startup and companies.

The city boasts more cafés, restaurants and bars per capita than New York and craft beer brewing has spurred 40 percent growth in Wellington’s food and beverage sector over the past 4 years. $22 million in GDP came from Wellington craft breweries in 2014, an increase of more than 80 percent in a single year. They like to show off this cuisine at the annual food festivals – Wellington on a Plate and Beervana.

Wandering over to Hannah’s Laneway – between Leeds and on Eva Street, there are a number of small businesses that are shaking up the local food scene with their products and collaborations. Honestly, this could possibly be the tastiest laneway in the world – think peanut butter, chocolate and soda.

Stroll down Cuba Street and see the colourful boutiques, then head over to Dixon Street and hit up the bustling start-up headquarters of CreativeHQ and Lightning Lab or the social enterprise launchpad space of the Ākina Foundation. Head a little further over and you’ll find the guys disrupting the energy industry at Flick Electric Co. or make your way to The BizDojo on Tory Street to find ourself in the coolest collaborative office space you’ve ever seen.

Rising above the sitting, take a trip up to Kelburn, a suburb made up of two-storey villas, cottages and  apartment buildings and you’ll come across the office of CricHQ. These guys are using technology to make cricket even better.

Round off your time with a latte at Mojo Coffee on Willis Street and a chat with the crew at PikPok, the talented folk that pivoted – actually, it’s more like pirouetted – their gaming business to make leading mobile interactive games.

If you can’t quite hop a flight to the windy city, we’ll be bringing you the stories of the Wellingtonians behind these creative brands, innovation startups and entrepreneurial ventures.