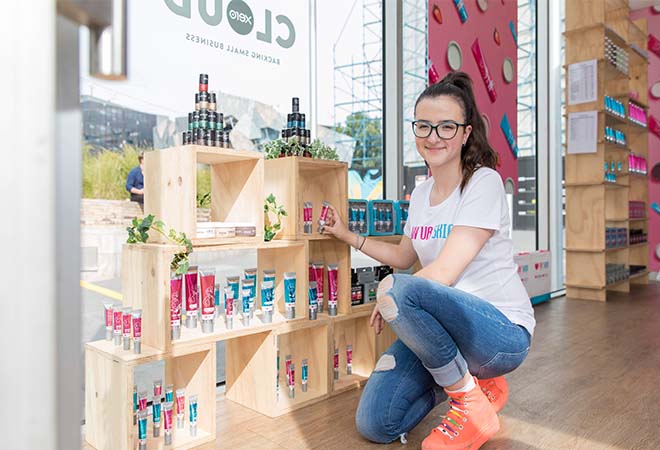 I’m going in to bat for the young people. They’re the future of our society and our economy, and I’m backing them to shape an even better Australia writes Xero MD Trent Innes.

I’ve met too many ambitious, dedicated and intelligent teens, twenty-somethings and thirty-somethings to believe the negativity you sometimes hear about their work ethic and attitude. I’m lucky; I work with some of the brightest young minds in Australia and we create software that’s used by thousands of brilliant and passionate young entrepreneurs every day.

The thing I usually notice first when I meet a young entrepreneur is the passion they have for their business. But the thing that surprises me most is always the motivation – money is rarely the driving factor.

In the Xero Entrepreneurship Survey, the most commonly cited motivation for younger respondents (18 to 39-year-olds) for starting their own business in the near future was pursuing their passion(s) in life (99.6%). That’s a really positive beginning to a business and a great place from which to achieve success.

The fact is, in today’s technology-driven world, young people don’t need to do their time working to achieve someone else’s goals and pursuing someone else’s passions. Access to world-class business tools and financial analysis are no longer restricted to big business, and traditional barriers that previously prevented many entrepreneurs from setting up shop have been bulldozed.

Age is no barrier

The majority of our survey respondents believe age doesn’t matter when it comes to starting a business, with only two in five (40.1%) believing that there’s a point before which someone is too young. In fact, starting a business at a relatively young age is perceived to have its benefits, including a greater ability to learn new things and adapt (59.8%), greater energy and enthusiasm (56.3%), and greater potential for long-term returns (49.2%).

This doesn’t even really factor in how we use technology. Think about the advantages a digital native, someone who grew up with the internet and social media, has when it comes to digital marketing and e-commerce. Being more open to technology, young business owners are more likely to avail themselves of all the tools out there to streamline business processes like invoicing and payroll, which can have a huge flow on effect.

Young people are ambitious, intelligent and gutsy. They’ll see an opportunity to build a business around something they’re passionate about, they realise the competitive advantage they have as a digital native and they go for it. Good on them. Instead of criticising young people for their impatience, business should celebrate the fact they’re out there trying to build something better.

Rather than bemoan their independence, we applaud young Australians’ initiative and call on everyone else to do the same.

Previous article 4 secrets to dealing with slow paying customers and getting paid on time
Next article Do you have the next great Australian business idea? Pitchblak wants you!
Via Features
Tags entrepreneurLuv Yr SkinSmall BusinessTrent Innesxeroyoungpreneurs

Trent is the Managing Director of Xero Australia, the leading cloud-based accounting platform for small business. Grounded by a strong people-focus, he develops the team to better help small businesses thrive in Australia.