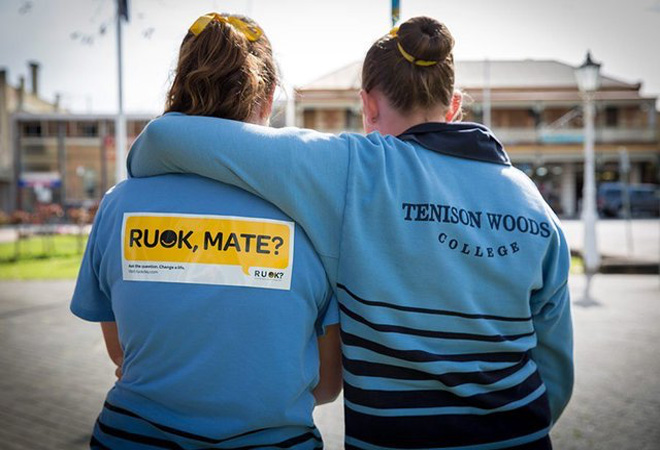 Gavin Larkin believed conversation could change a life. Despite losing his own life to an aggressive form of lymphoma in 2011, Larkin’s belief that a simple conversation could be the difference between life and death launched a crusade that has swept Australia.

As the founder of R U OK? Larkin initiated a campaign that championed mental health and urged everyday Australians to step up, speak up and step in, if they felt someone’s mental health was in jeopardy. Larkin’s call to action began almost a decade after his father’s suicide.  At the time he was struggling with his own mental health issues, despite seeming to have it all – successful career, beautiful wife, great family…

“I should have been feeling on top of the world and I felt empty, I felt black, and it really scared me and I started to worry that I might do what my father did,” he told Australian Story.

Soon after, the idea for R U OK Day was born and Larkin used his connections to enlist a slew of high profile celebs to champion his cause. Shortly after launching R U OK? Larkin received his diagnosis but didn’t let that dampen his enthusiasm for the cause.

“The message of R U OK? Day is ‘stop a little problem from turning into a big one, because that’s your best chance of avoiding the ultimate disaster’.” Larkin told Australian Story just weeks before his death in 2011.

“Could R U OK? and that question being asked by the right person at the right time have saved my father?” he pondered.

In the eight years since Larkin’s death, R U OK Day has grown to become a national day of action for suicide prevention. Almost 80 per cent of Australians know of RUOK Day and a quarter of them have participated.

Today Larkin’s widow, Maryanne continues to champion the cause. Indeed the whole Larkin family have accepted the challenge set by Gavin that R U OK continue on after his death.

“This is the house that lives and breathes R U OK? and it’s incredible to see the community that R U OK? has built around us,” his daughter, Josie, told the Sydney Morning Herald.

Watch the video above to hear more about why celebrities are supporting R U OK? Day

That the family continues to forge a way forward for the well-being of others is even more impressive when you consider the personal tragedy they have endured.

Just weeks after Larkin was diagnosed with lymphoma, his son Gus was discovered to have an incurable brain tumour. After enduring numerous rounds of chemo and treatment Gus passed away too.

Whilst it would have been easy to crumble under the emotional strain, Mary Ann and her two surviving children Josie and Van continue to champion the movement.

“I dream of a world where everybody has at least one person in their life that is looking out for them. Luckily I’ve had an amazing number of people around me – friends and family included, that have helped keep me afloat and believe me, it’s been my saviour.” 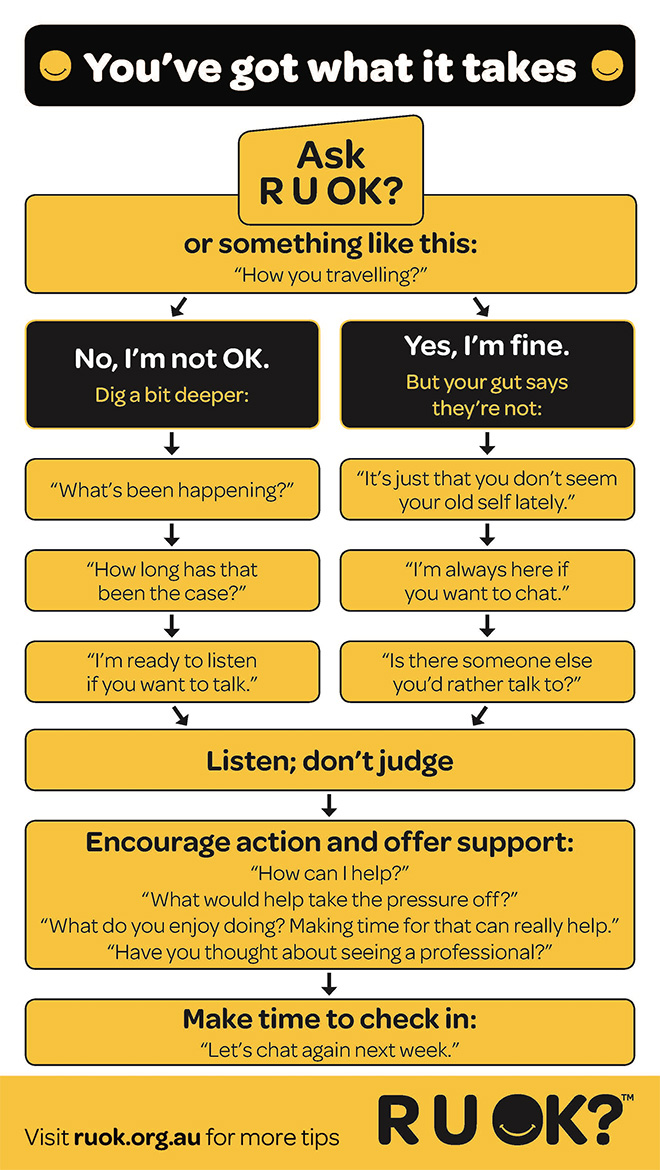 Whether it’s in the workplace, at school or at home, Larkin’s national campaign has struck a chord.  The organisation has developed a number of resources for people that are struggling with life and for those around them to help notice the warning signs of someone in crisis.

The organisation urges everyone to follow these four conversation steps.

By making time for those around you, can help people feel more connected and increase their sense of belonging.