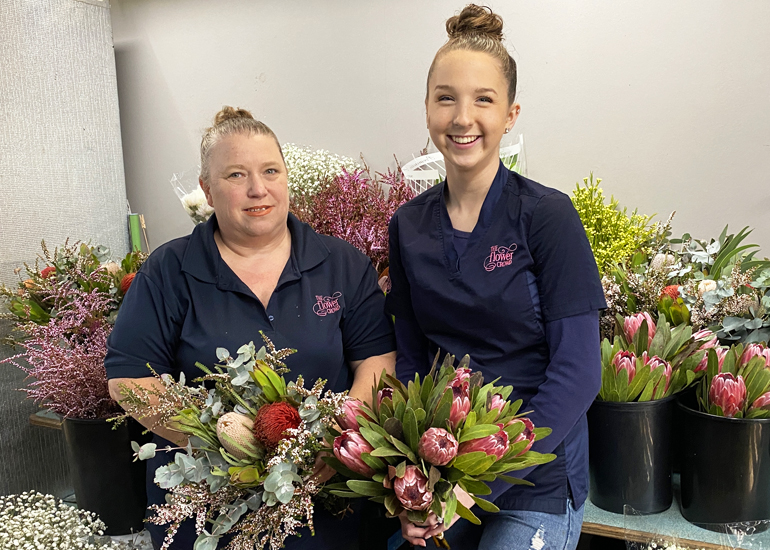 Shavonne Stengel turned 19 a few weeks ago, but incredibly she’s already been in business for years. Just how a 15-year-old can start such a successful business comes down to a combination of a clever innovation, strong relationships and great systems.

When Shavonne was in Year 10 and a tiny 15 years old, she started a business selling bouquets of flowers at her local weekend market.

“I’ve always loved flowers and I wanted to give floristry a try, so at the beginning of year 10 in school I found a local college called The Flower School,” the owner of The Flower Crowd recalls. “I literally fell in love with floristry at first sight.”

Shavonne studied floristry simultaneously with high school and each week she created amazing arrangements as part of the course. “I hated seeing all those beautiful flowers going to waste, just sitting on my bench. No one was getting enjoyment out of it except for my family, so I decided to sell them at the markets,” she says.

Every Saturday along with her mother and sister, Shavonne would wake at 3am in order to get the best possible spot at the market – the most visible one with high passing traffic. It was an early indication of the innate business savvy this young entrepreneur has consistently demonstrated ever since.

Shavonne’s next bright spark was introducing herself to the manager of her local Dan Murphy’s with an idea. “I was thinking ‘wine and flowers is a great combination’, so I asked if I could put a flower stand outside their store.. and the manager loved the idea.”

At this point, Shavonne was still a year 10 school student. “It was very hard for a 15 year old talking to the manager and being taken seriously,” says Shavonne. “But their support was amazing.”

She recognised very early on that relationships like this one would be the key to growing her business. She took care to develop regular customers at the store who she developed an ongoing rapport with.

“They always remembered me by my name and by my great mood and how I always made people feel happy with a wave and a smile as they left the store,” she says. “It got to the point where I actually knew all the regulars and I developed a personal interest in them – getting to know their stories, their family and just having a lovely conversation.”

She used the same friendly approach when she introduced her flowers to her local IGA store. They took her on and did so well that she was soon supplying five IGA stores plus a Friendly Grocer. In fact, since then the manager of one of her IGA stores has acted as an important mentor to Shavonne, sharing his small business knowledge and supporting her willingness to learn. 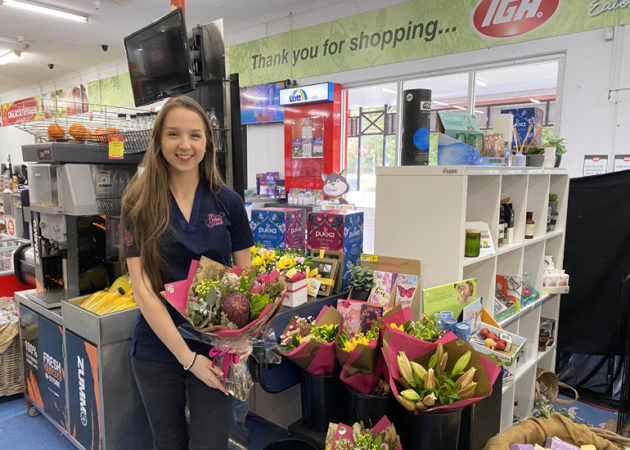 Getting the business right

Her parents and sister were with her all the way. Shavonne was far too young to drive, so they would drop the young entrepreneur and her flowers to the stores then help her set up her flower stand. Her age also meant that her parents had to become silent business partners when she registered her first business, Flowers by Shavonne. She was so young she needed their sign-off on bank accounts and PayPal.

In fact, the business side of things was tricky in many areas. In her early days, she says her accounts were “all over the place”. She was using a system that simply didn’t support how quickly her business was growing. “I was still learning all the business skills and with that I made quite a few mistakes,” Shavonne admits. “With the system I was using, it was very hard to back track when you made a mistake, which was something I struggled with. If I made a mistake I wanted to fix it, but I didn’t know how to fix it and that was so stressful.”

Fortunately, a family friend recommended Intuit QuickBooks. “She raved about it and I started QuickBooks and what I love about it is it actually progresses and grows with your business at the time. In the beginning I was mainly just doing simple quotes, invoicing and receiving money and QuickBooks made that so much easier. Now I’m learning tagging and tracking my calendar and going into what percentages of my business is making money and what can work better.

“I wouldn’t actually use anything else. It’s simple and really straightforward.”

It’s no surprise this accounting lifesaver was introduced to Shavonne by a family friend given the importance of personal connection in Shavonne’s business. Her business was growing so fast that she rebranded to The Flower Crowd earlier this year and made the decision to bring on her first full time employee, Natalie Boyle.

Shavonne undertook the process of her first hire with the same enthusiasm she has brought to every aspect of her business. She used an HR consultancy to get things right and really thought through the value that a new staff member could bring. “What does your business need and what skills will make your new employee an asset to you?” she advises.

When she took on her new employee she also added QuickBooks Payroll powered by KeyPay, knowing the Single Touch Payroll would streamline the process of being ATO compliant.
The software calculates Natalie’s super and leave payments and ensures she’s seamlessly paid. It’s basically one less thing for Shavonne to worry about as she navigates being a boss.

“We have a great working relationship,” she says of her new recruit. “We work as a team and I try to be as flexible as possible so Natalie feels supported.”

Having a 19-year-old boss isn’t an issue for Natalie, just as Shavonne’s age hasn’t been an issue for any of her clients or customers. That’s testament to the professionalism, enthusiasm and willingness to give things a try that Shavonne brings to everything she does.

“I’ve always thought, ‘if there’s a mistake, no worries, this is a way I can learn and improve my business’,” she says. “If you don’t make a mistake you won’t learn what not to do.”

This article is brought to you by Kochie’s Business Builders in partnership with QuickBooks Online.

Previous article Buy or build: How to determine what sort of subscription billing platform will work for your business
Next article Five savvy ways to impress investors into supporting your startup idea
Via Partner Content
Tags business relationshipscustomer relationshipsfamilyfloristinnovationyoungpreneurs

Bron has been writing in the Australian online space for over 10 years. Her work has appeared frequently on SBS, news.com.au, ABC Radio and various parenting publications.

She is also the founder of parenting website Mumlyfe, which shares stories and advice for mums of older kids.