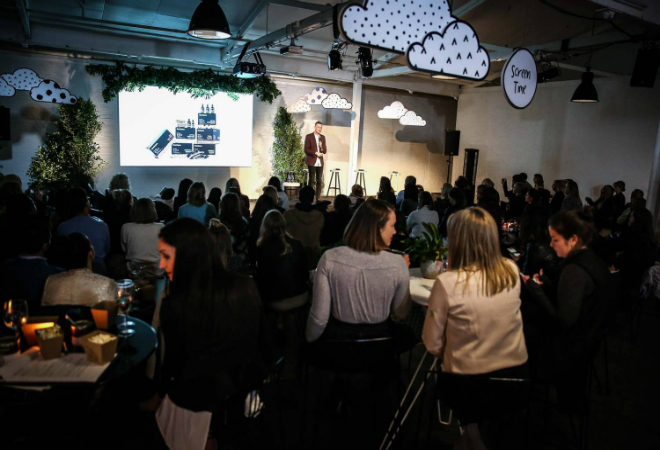 When Libbie Ray joined her husband Juston Prisuda’s creative audio visual production company back in 2010 the pair had just one employee – a lonely technician. Now six years later AV 24/7 is an industry leader and has experienced astonishing growth in a relatively short time. Today the business employees 60 people – 20 full time staff, 30 casuals and 10 regular contractors spread across Sydney, Melbourne and the Gold Coast.

The company, which provides dazzling lighting, sound staging and visuals for events and exhibitions, was established by director Juston in 2004. For years he managed as a one-man band, cementing the building blocks for the business’ success. Soon after the husband and wife team combined forces things really started to ramp up.

Recently AV 24/7 provided production for the Westpac International Women’s Day event for 1400 guests at Sydney’s Barangaroo, as well as the Delicious produce awards at Bennalong in the Opera House. They have worked with many leading companies including Myer, Coca Cola, Sephora, Salesforce and LNG to name a few.

“Back in 2013-14 our growth jumped 61 percent and has continued to grow,” says general manager Libbie who’s worked as a chef, TV producer and business development manager. “Next year we’re scheduled for 17 percent growth and are looking to move from a 6 percent net profit to 15 percent net profit. In the next five years we’re looking at reaching a goal of a $10 million turnover.

Libbie, 33, and Juston, 38, who are parents to two small children, says their “can do” attitude is a fundamental part of the business’s skyrocketing success. “It’s about keeping an eye on great opportunities, focussing on the future and honing our craft,” says Libbie. “But we also never say no to crazy ideas! In fact, we’ve built a reputation as the business who says ‘yes’ to clients, when other companies have previously said ‘no, that can’t be done’ which has been a big part of our success.”

Here Libbie and other business leaders share their thoughts on how to take your business to the next level.

#1. Study what’s hot in your industry and innovate

“We’re living in a world where it’s now ‘evolve or die,’” says Libbie. “We pull our ideas from everywhere and constantly monitor what’s happening in our industry whether it’s in architecture, design or technology. Juston is notorious for staying up until 1am looking up things on the internet!”

James Hudson, business development director for international homewares brand Gallery Home agrees that innovation is vital. Three years ago he had an idea to create faux concrete resin tops for tables. “People thought I was mad, and said it’ll never work – no one is ever going to have concrete in their lounge or dining room!” he says. “But look what happened, the concrete look is red hot. It takes people a while to get their heads around something new.”

Libbie suggests using your entire team’s know-how to come up with fresh ideas. “Don’t think that the only thing your selling team can do is sell – they may have some amazing creative ideas as well.”

Delicious Produce Awards – Bennalong at the Opera House for News limited. This event was the 2015 Awards – All production service provided by AV 24/7.

Sheryl Sandberg, Facebook’s chief operating officer says great leaders need a thick skin and powerful visions. “You need the ability to communicate authentically, to speak so that you inspire the people around you and to listen so that you continue to learn each and every day on the job,” she says.

It’s a philosophy that Libbie and Juston embrace wholeheartedly. “Every week Juston spends time talking to someone he wouldn’t normally have an opportunity to speak to on an ongoing basis. It’s hard to share your knowledge, excitement, drive with so many people, however we want to make sure we’re touching base with everybody whenever we can to get the most out of our employees.”

Libbie admits that in the past the company has made hiring mistakes. However they have now pinpointed exactly what they’re looking for. “We hire people with attitude over skill,” she says. “One key to our success has been our excellent customer service which why enthusiasm and attitude is so important. Skill can be always be taught.”

Non-bank lender State Custodians Home Loans prides itself on employing the best people for its business. It’s a strategy that has won them a slew of awards including Best overall Customer Service Award at the Australian Home Loan Awards, and the MFAA Mortgage Manager of the Year Award (for under 30 employees).

“Employing people who are passionate, relatable, and willing to go that extra mile for a customer has been a crucial part of our business’s success,” says general manager Joanna Pretty. “Providing great customer service can really distinguish your business from competitors and deliver astounding results.”

Libbie also suggests giving your senior managers positive feedback because the passion will then filter down. “We have five section mangers and we meet weekly to make sure everyone is on track. It’s very hard to ‘let go’ when you have a small business – you want to hold onto everything because you want everything to be perfect. But giving everyone an opportunity to succeed is essential.”

#4. Regularly give your business a financial health check

Libbie says any small business owner should always know where their money is and where it’s going. “We look at our financials weekly and have a great bookkeeper who’s constantly chasing outstanding payments. With new clients we make them pre-pay as much as we can. We also keep a close eye on our budget.”

Senior manager Victor Sun from debt solutions provider Fox Symes says budgeting is an essential skill that everyone needs to master. It is particularly important when you’re running your own business to be disciplined as the line between your personal expenses and business expenses can sometimes blur. “Get professional advice if you don’t know where to start or if things are in a mess,” he says. “Things can quickly get complicated when you have multiple expenses. You need to have a very clear idea of where all the pots of money are, otherwise you can fall into the red. Assess your systems regularly to see where budgets can be improved.”

Libbie says a reassess was necessary when it was discovered the business was spending too much money on crew. “We now do a report every week on how much crew we’ve spent money on, and what’s scheduled for next week,” she says. “We’re now seeing a significant change in financials.”

#5. Set goals – both massive and small

In order to drive growth forward, Libbie says it’s a good idea to have a huge goal or vision in mind such as a five year monetary goal. However it’s also important to break things down into smaller goals such as weekly or monthly targets.

Libbie says turning your small business into a success is hard work, but ultimately incredibly rewarding. “To watch something grow from nothing is an amazing feeling. I feel any business has the potential to thrive if you have a strong vision and have all the dots lined up.” 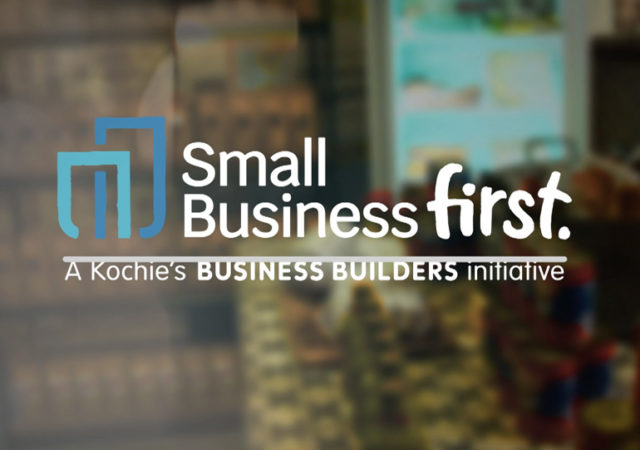 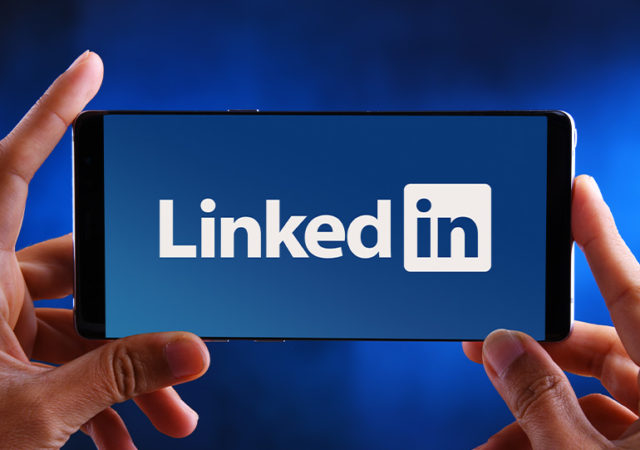 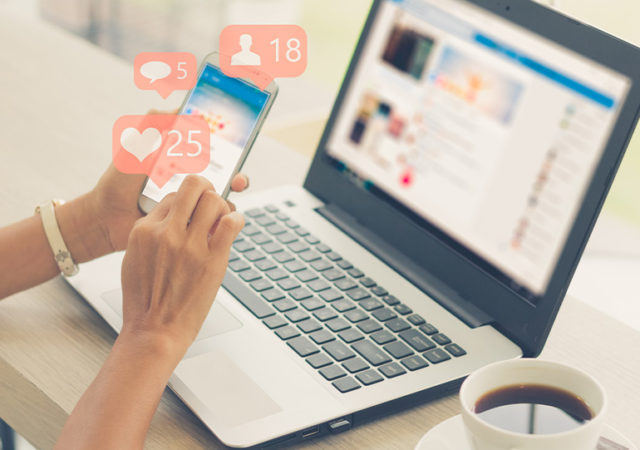 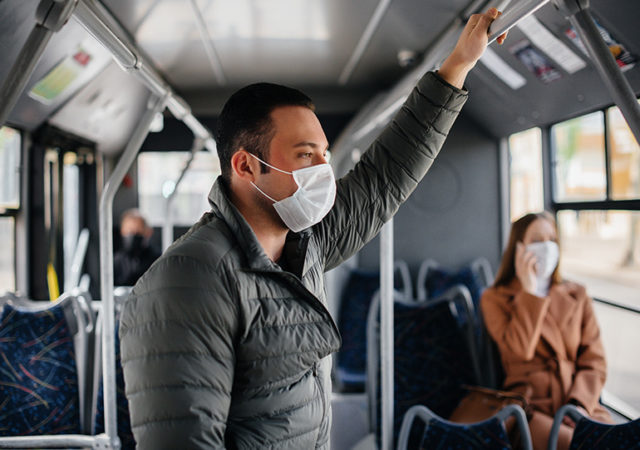 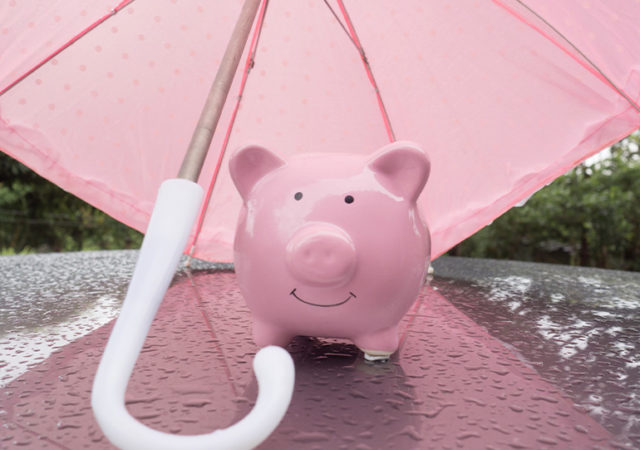