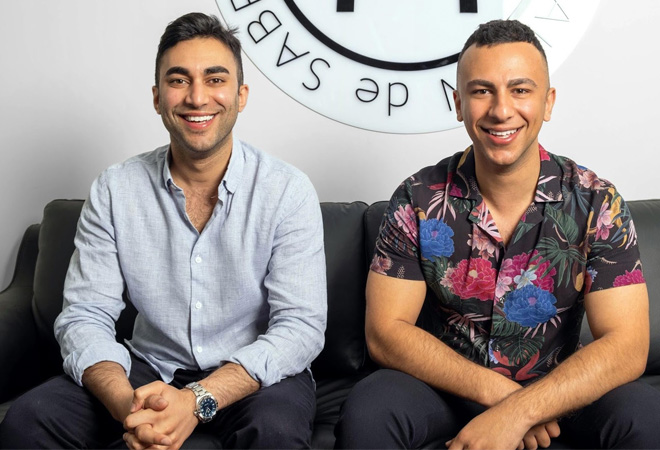 When brothers Zane and Omar Sabre’s father was diagnosed with leukaemia the pair were faced with a dire situation – how could they come up with the money to pay for treatments, and ensure Zane could continue his university education?

When their father’s diagnosis was made, Zane was in Australia in his third year of studying dentistry at university. Omar was a recent graduate and was working full time in New Zealand. Like many people faced with a personal tragedy, the brothers were forced to use their wits to come up with a solution that could keep the family afloat.

Both brothers thought they were at the limit of what they could achieve until they dreamed up MAISON de SABRÉ, a personalised leather goods label.  From humble beginnings, the company clocked up $1 million in revenue in a few short months and in July 2019 the brothers’ business is turning over close to $9 million in revenue.

It’s a local success story that shows just how far you can go with a great idea when you apply focus and determination.

Zane recalls that he was in a bar when he came up with the idea for the brand’s signature personalised mobile phone cases. He and Omar immediately realised they were onto a winner.

“We were fortunate growing up and had developed taste for the finer things,” he tells Kochie’s Business Builders at a recent networking event.

“We knew there was a market for the product, we knew there were others out there but our cases were much more luxe. We wanted to hit that market by providing a superior product.”

The brothers bet everything on the launch of a single product. Omar tells Kochie’s Business Builders failure was never an option.

“I literally put my last dollar into the business. I paid off Zane’s fees and then invested all my money into MAISON de SABRÉ – it had to work or we were stuffed.”

In the early days, the company was run from two countries. Zane was in Australia and Omar continued to work as a dentist in New Zealand. Zane remembers initially the business was run out of his rented townhouse as he continued to study full time.

“The neighbours must have wondered what was going on – we always had a lot of people coming in and out at all times of day – so it probably looked pretty suspicious,” he laughs.

“We convinced our Mum to temporarily move from New Zealand and live in the townhouse while I was on my final university placement, seeing patients from 8am-5pm every day,” explains Zane.

“She was working to dispatch orders and monitoring the office girls, as well as making epic lunches for everyone. The office room was the dispatch area, the spare bedroom was the office and had two customer care and social staff working out of there. The dining room table was where we would have our strategy meetings.”

In December 2018  the family reunited when Omar joined Zane on the Gold Coast to work in the company full time. Realising they would have to capture more than the Australian market to meet their goals, the pair soon set heir sites on global domination.

Social media became a key strategy in their success. The brother pushed out social posts on Insta to build their following, taking care to ensure the brand was always represented at its best.

They also focused heavily on refining the purchasing journey. They ensure every customer receives the brands gold standard treatment. The brothers have their eyes locked on becoming the biggest supplier of monogrammed leather goods in the world.

“The customer’s personalised monogram is a power statement,” explains Omar, “It’s a representation of identity, self-confidence and it symbolises how our customers make their mark on the world. It’s why our slogan is Make Your Mark.”

Having recently conquered the Japanese market the duo continue their quest to expand the reach of MAISON de SABRÉ, with plans to extend into the UK in the coming months.

The brothers’ advice to anyone else thinking of going into business is simple, just make a start.

“You have to just start. Don’t be afraid to fail and if you do fail, fail fast,” says Omar. “If I’m spending money on Facebook I want to know straight away if something is going to work, and if it doesn’t work I try something else, I test and test again. Social media can be a great indicator of where your product will do well.”

Today MAISON de SABRÉ operates from a brand-new HQ on the Gold Coast, the business employs 16 staff and ships over 400 orders worldwide every day. The brothers have paid off all their university tuition, financially support both their parents and work full time in their multi-million-dollar venture. Their father has since received a bone marrow transplant and is entering retirement.  It’s a true tale of triumph over tragedy – and the brothers’ success is an inspiration to anyone doing it tough.