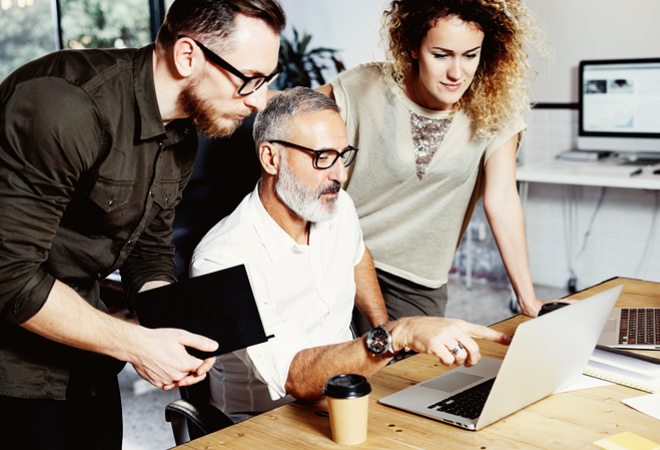 According to accounting firm Bentleys, only 19 per cent of Australian small business owners say they have a formal succession plan in place.

Its 2016 ‘Voice of Australian Business’ Survey shows that 25 per cent of business owners who plan on exiting their business within the next five years had never considered the need for a succession plan. The survey also showed that only 57 per cent of small businesses have a retirement strategy in place.

“A lot of businesses in their first year or two don’t plan adequately enough in terms of budgets and succession. It’s a well-known fact that businesses can struggle in those early days so planning is absolutely critical in today’s competitive business environment.”

According to the survey, the majority of business owners intended for their business to continue without them, with only 12 per cent of those surveyed intending on liquidating or closing down their business upon exit.

“Though these findings are hopeful in terms of small business viability, the lack of formal succession planning is a cause for concern, especially as SMEs make up 96 per cent of all businesses in the country, collectively employing 4.5 million people and contributing $330 billion to Australia’s economic output.” 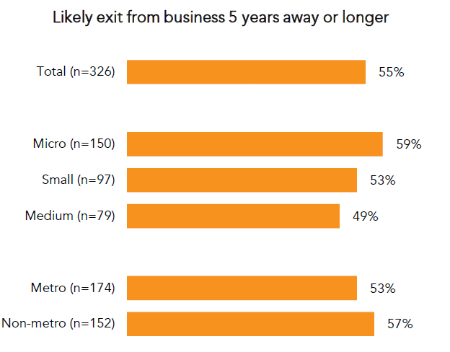 When it comes to that 12 per cent who plan to liquidate, Carlesso says often this is because the business owners don’t know who to sell it to.

“A lot of the time it’s because they left the exit strategy too late. It might be that you have 10 years before you retire but if you try and do it two years before you won’t find the right person to take over your business.”

“Having a succession and retirement plan however can provide peace of mind and it need to be an onerous process. By putting a little bit of time and effort in early to set these up, you can avoid hours of stress and complications later in life.”

So when should a business think about an exit strategy? Right from the start.

“We recommend that it’s part of the conversation when you start a business, then that it’s an ongoing process. There are a lot of technical issues, there can be capital gains tax implications, and it’s how you set a business up from the beginning. The first thing we do as accountants is look at the way a business is set up.”

Want more? Get our weekly wrap delivered straight to your inbox!

Main pic: We Heart It