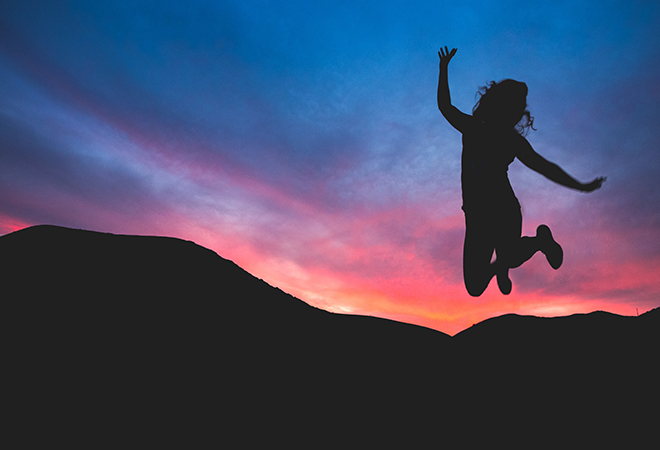 Smriti Goswami has never let “being a girl” hold her back from chasing her dreams. From a Navy Diving Course, to a commercial pilots’ licence and adventure-sport excellence, Smriti has excelled in many traditionally male-dominated arenas. Now Smriti, a life and business coach, is on a mission to break any enduring social binds and inspire women to build businesses wherever, and however, they truly desire.

Statistics show that women around the world are taking entrepreneurism by storm, with female entrepreneurs launching significantly more businesses, worldwide, than their male counterparts. However, most women owned businesses (WOB) are still limited to traditionally feminine industries – healthcare, social services and administrative support. This leaves many profitable industries such as construction, transport and logistics, and wholesale trade largely devoid of women entrepreneurs.

Smriti Goswami is a life coach, business mentor and Joy of Business facilitator with a refreshingly rebellious view on WOB. Smriti is drawing upon her personal story – one of boldness, adventure and limitless opportunity – to inspire businesswomen to expand their views on who they can become, and where they can build a successful business.

“I was lucky to be raised in an Indian household where being a girl was not used as a reason to limit my potential,” Smriti explains. “My parents encouraged me to pursue all my dreams – I succeeded at athletics, adventure sport and aeronautical gliding. However, I know many women have bought into a point of view that they can’t or shouldn’t do something simply because they are ‘a girl’.”

According to Smriti, one of the most destructive concepts women adopt is that they are not entitled to demand what they truly want. “Traditionally, girls are encouraged to be sweet, accommodating and undemanding. Women grow up with the idea that it’s not acceptable to inconvenience other people in order to fulfil their personal needs”, she remarks.

However, when Smriti confronted this idea in her own life she was surprised at how easy it was to break the mould. “When my children were young, my husband was travelling almost constantly and so I decided to become a traditional stay-at-home mother. However, I had always wanted to be a pilot and, before long, the yearning became unbearable.”

Finding her strength and putting trust in her gut instinct, Smriti started demanding that her dream be fulfilled. Leaving her two children with their grandparents and extended family, Smriti moved to Florida for nine months where she successfully completed a commercial pilots’ licence course. “It is incredible how my family stepped up to support me – even those whom I never expected to be on my side”, she marvels. “I demanded to be heard and it’s like life supported me.”

Since then, Smriti has lived without limits and has boldly pursued a multitude of careers and interests including interior and furniture design, fine art, aeronautics and spiritual practice. In each case, she has followed her heart’s desire without judging whether it would be deemed acceptable, proper or suitable. “I have liberated myself from social expectation”, she says.

For women with a non-traditional business idea or desire, Smriti offers the following advice:

Every morning, visualise yourself jumping off a cliff; in your mind’s eye, take yourself to the edge of the cliff … and leap! This will help get you out of your comfort zone and overcome fear, guilt and unconscious social conditioning.

Don’t worry about where the money will come from or how it will work in with your life. Just be empowered and ask for it to show up.

Don’t second guess or judge the doors of opportunity that open for you. Accept whatever is showing up in that moment, even if it doesn’t seem logical. Follow your gut instinct.

When something feels right, do what is necessary to make it happen. Shake some trees, make some noise and go for it – and expect everything to fall into place for you.

Being empowered in your business means giving yourself permission to change your mind when things no longer feel right. Immediately after gaining her commercial pilots’ licence, Smriti returned to being a stay-at-home mum, because that’s what she wanted at that time.

Most importantly, Smriti encourages women to acknowledge their true desires, even if they are not what society would expect. “If you have trouble following your dreams, ask yourself: Who does this belong to? From whom have I adopted this point of view that I am not able or capable?”, she advises.