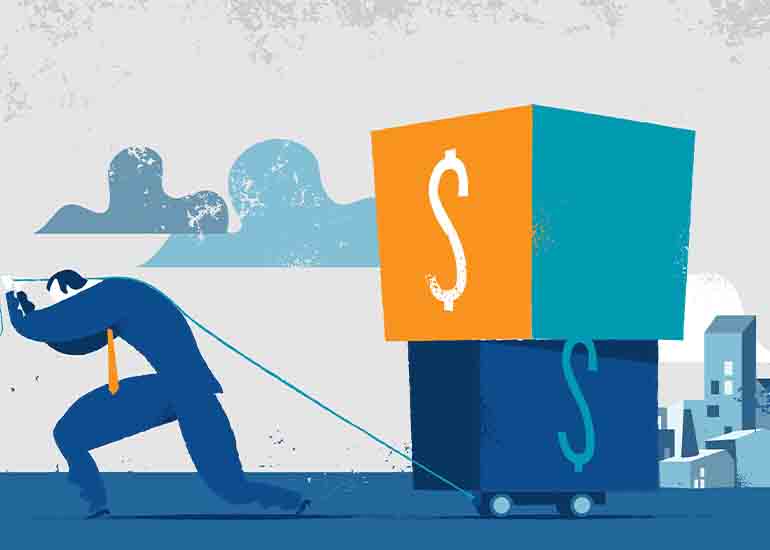 It was a small thing but a revealing moment during Scott Morrison’s Wednesday interview on Nine’s Today show. Presenter Karl Stefanovic noticed Morrison seemed out of sorts, despite the government having delivered the night before a benign budget that was well received and likely to be popular.

“It is a very big budget. Josh Frydenberg had a very big smile on his face this morning. I thought you might be happier this morning, PM. Everything OK?” Stefanovic asked.

Morrison said he was “fine”. He went on: “I’ve got to tell you, Karl, the reason is this.

“I know, look, budgets are big events and that’s all fine, but I just know the fight we’re in – and the fight we’re in, and me as prime minister I’m in, is to be protecting Australians at this incredibly difficult time.

“I am very cognizant of how big those challenges are. It is with me every second of every day.”

There are a few points to be made here.

First, the government is using the budget to talk up the current threat of the pandemic to an extent it hadn’t been recently.

Morrison, in particular, had previously been anxious to emphasise the return to as much normality as possible. Now it’s more about lurking dangers.

These provide a justification for the government’s mega spending in the budget. (“Did anyone miss out? Perhaps only the beekeepers of Australia,” quipped one cynical Liberal backbencher.)

The language also indicates Morrison wants to do what state and territory leaders have done – use the pandemic to pave the path to electoral victory.

The other point highlighted by the Today exchange is that Morrison was looking somewhat ragged.

This was accentuated by the contrast with Treasurer Josh Frydenberg who, on the face of it, would have been under the greater stress.

Frydenberg’s performances in the week of his third budget were smooth and, whatever nerves he felt, he appeared unfazed.

The week reinforced the impression he is in the box seat eventually to reach the prime ministership (assuming the Coalition lasts in government).

Pre-budget, he and wife Amie were out for the cameras on a Sunday charity run in Canberra. Post-budget, his staff rang around backbenchers to ask if they’d like a picture with the treasurer.

In question time, Morrison found old problems returning to irritate him. He was pressed on the two internal inquiries into who in his office knew or did what in relation to the Brittany Higgins matter, and he had to say neither was concluded (one had been on hold before this week while the police dealt with their investigation of her rape allegation). Whatever the results of these inquiries, Morrison needs to get them cleared away as soon as possible. They are “barnacles”.

Morrison has been travelling a lot recently and may be tired (although those around him say he’s energised by being on the road). Or he may not be used to sharing the limelight. Or the endless round of everything maybe just taking its toll.

Then there’s the challenge of explaining this Labor-lite budget to the hardliners in the Liberal base and among the right-wing commentariat.

The budget has made the opposition’s already formidable task of carving out room for itself more difficult, but it is also proving a hard swallow for those rusted on to the Coalition’s old “debt and deficit” preoccupation.

Many of these critics will be reluctant to buy the proposition the big spending must continue because the pandemic is a constant threat, given they’ve thought the threat was exaggerated in the first place.

The government could attempt to deal with these critics by saying it will “snap back” into tackling debt and deficit as quickly as possible.

But facing an election soon, it doesn’t want to do this, for obvious reasons.

In the budget the timing of the next stage, fiscal consolidation, is imprecise.

While some commentary is focused on how the Coalition has done a dramatic U-turn from its old debt-and-deficit rhetoric, there’s an opportunity for Labor to run a major scare campaign claiming it’s not a U-turn at all – that the debt truck is just in the parking lot.

Remember, it can say, when Tony Abbott promised no cuts to health, education and even the ABC – and recall what happened. This time, so the argument runs, cuts and savings will be Coalition priorities again as soon as it has secured the votes.

Morrison and Frydenberg this week have been invoking John Howard’s advice, given to Frydenberg in the early days of the pandemic, that “in times of crisis there are no ideological constraints”.

The question is whether the Liberals have softened their ideology, or just put it in storage during the crisis.

While there can be no definite answer, Tim Colebatch, writing in Inside Story. makes a strong case that the Coalition “won’t dump its political tactic of branding itself as the ‘fiscally responsible’ party and Labor as the party standing for deficits. This [budget] is a short-term tack that will be reversed after the election.

“Of course no government promising $503 billion of deficits in five years can be called fiscally responsible, so it will make cuts then to reclaim the brand,” Colebatch says.

Morrison and Frydenberg are both pragmatists rather than ideologues. But opinions in the wider party are also relevant, as Malcolm Turnbull found on the climate issue.

Frydenberg has pledged there will not be “any sharp pivots towards ‘austerity’”.

Nevertheless, there must be a budgetary reset at some point. And whether a pivot is sharp or not, and what amounts to “austerity” depend in part on whether you are one of the losers.