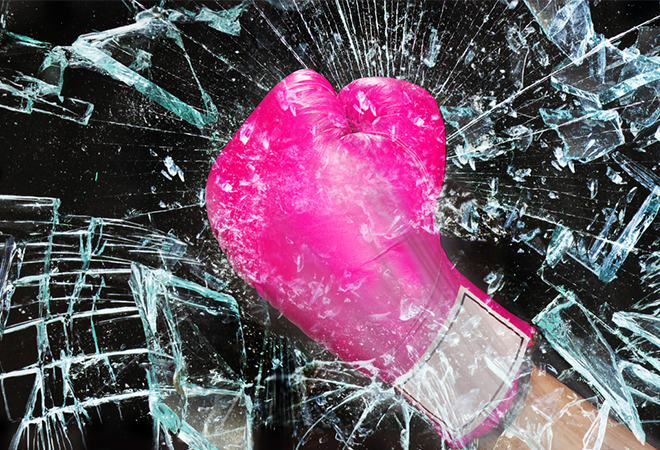 Every business owner out there knows how tough business is at times. As someone who’s now built three successful businesses from scratch, I can tell you to forget about shortcuts, throw luck out the window and instead, get your nose to the grindstone. Business is hard work… every single day. It’s even harder when you’re trying to achieve cut-through in a traditionally male-dominated sector.

According to Workplace Gender Equality Agency’s 2016 ‘Gender Composition of the Workforce: by Industry’ report, the highest representation of men working in any industry was Construction at 88.3 per cent. The second highest was mining at 86.3 per cent of workers. Women comprised less than 40 per cent of the workforce across eight industries including: Information Media and Telecommunications, Agriculture, Forestry and Fishing, Wholesale Trade, Manufacturing, Electricity, Gas, Water and Waste Services, Transport, Postal and Warehousing, Mining and Construction.

Having worked for the Australian Federal Police (AFP) for over a decade as a criminal intelligence analyst where I worked in Manhattan, South East Asia and all across Australia, it’s safe to say I’ve experienced my fair share of challenges as a female working in a male-dominated space. If you’re a super passionate and ambitious boss lady who finds herself trying to drive a business in a traditionally male-dominated sector, these three tips are for you.

As they say, you can never know what something is like until you’ve walked in someone else’s shoes. Find someone who’s a few steps ahead of you in the relevant sector and reach out to them. Don’t be intimidated, most people enjoy helping others. If you can’t connect with another female, look for a male who advocates for women in business and equality in the workforce. In the event that you’re drawing a complete blank, grab books written by renowned businesswomen such as Sheryl Sandberg, Naomi Simson, Brené Brown, Susan Cain, Barbara Corcoran and so on. If books aren’t your thing, there are plenty of brilliant podcasts out there that pack a wealth of knowledge.

At the end of the day, to force change, you need to be in the same room as people who have been there and done that. Figure out what conferences you need to attend, what networking groups it’s beneficial to join and find the supportive people who’ll be there when those inevitable setbacks arise.

2. Become connected with organisations where workplace diversity is a priority

Do your homework in terms of the organisations who are actively driving workplace diversity – the companies who are walking the talk as opposed to issuing blanket statements about supporting diversity generally (but in reality, are doing little). A good place to start is by looking for organisations that have been awarded an ‘Employer of Choice for Gender Equality’ (EOCGE) citation by the Workplace Gender Equality Agency. There were a record 120 organisations awarded with the citation that recognises employers actively committed to achieving workplace gender equality in Australia in 2018 – that’s a solid list to start.

3. Always be mindful of who your competition really is

In business, you need to be aware that you’re not just competing against other women in your field: you’re competing with every other qualified (sometimes even unqualified) professional out there. Don’t get lulled into a false sense of security that because you’re a woman, you’re only competing with other females – this isn’t the kind of mindset that will see you becoming the best version of your business self. Do the work that’s required to continue honing your skill-set with the knowledge that you need to be standing out from the whole pack.

In 2018, I’m operating under the notion of, ‘be who you needed when you were younger.’ Back in my AFP days, these pearls of wisdom would have helped to make for a smoother ride as a young woman embarking on a very different journey to those around me. Most importantly, be patient. Overnight successes you read about online or see on the news take at least 10 years to achieve in reality.

Jemimah Ashleigh is one of Australia’s leading entrepreneurs. Having built three successful businesses from scratch, she is a highly sought-after business consultant, mentor, speaker and will be releasing her first book in 2018.